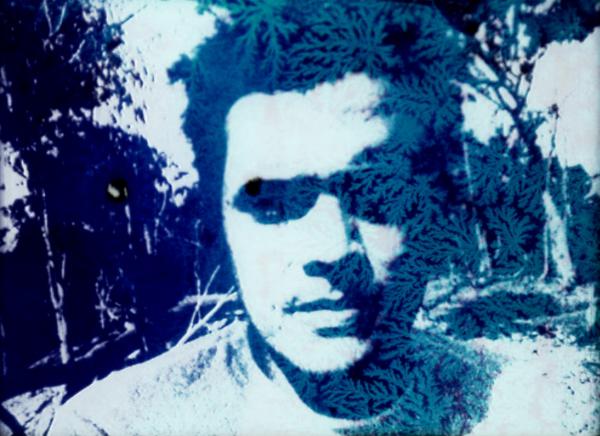 HE WALKED AWAY superimposes landscape, portraiture, abstraction, and hand painted film. Much of the film reframes shots and outtakes from Reeves' earlier work (CONFIGURATION 20, FEAR OF BLUSHING, THE TIME WE KILLED).

"Much in the way musicians will mine their previous compositions to create newly evolved works, He Walked Away is a distinct yet nostalgic film. It distills what my eyes and camera have witnessed, captured, and lost in 15 years of artistic growth. These are my discoveries, obsessions, vanishings and growing pains." Jennifer Reeves

“Reeves’s interest in metaphors, lyricism and the subtle, often playful incongruities between superimposed images comes to the fore in He Walked Away. Her use of two 16mm projectors accentuates the layered quality of the images and further enhances the performative nature of the piece. It underscores the difference between representational and abstract forms, between silent, visual rhythms and live musical accompaniment.”  -  Susan Oxtoby, Toronto International Film Festival 2003