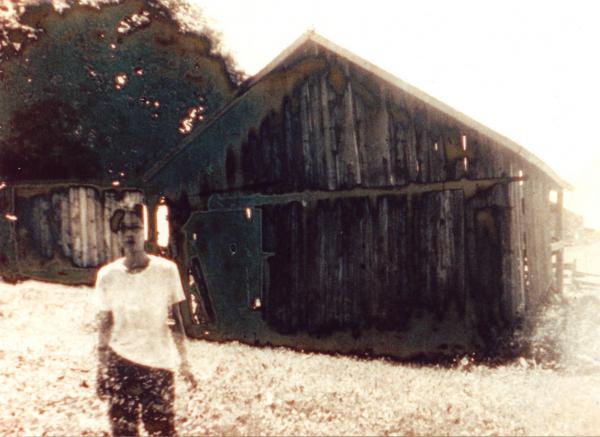 Solarized, tinted, and optically-printed, this is a surreal portrait of desire, ghosts and pursuit of the sensual.  Rhythmic color shifts in the emulsion bring life to the rural landscape, which seems to embody the terrain of the subconscious.  Three women seek pleasure and the beyond in parallel universes, which never quite intersect. When one finds another, she is either buried in the sand or asleep under a tree.

WE ARE GOING HOME was shot at Philip Hoffman’s film retreat in rural Ontario. The film was made in the memory of Marian McMahon, an experimental filmmaker who died of cancer in the fall of 1996.